Happenings and other joyous occasions

No one leaves the house in the morning anymore, but that shouldn’t prevent you from sneaking down to The Cottage for a morning “coffee.” $6 Bloody Marys, Screwdrivers, Greyhounds, and Mimosas…and no one will be the wiser. 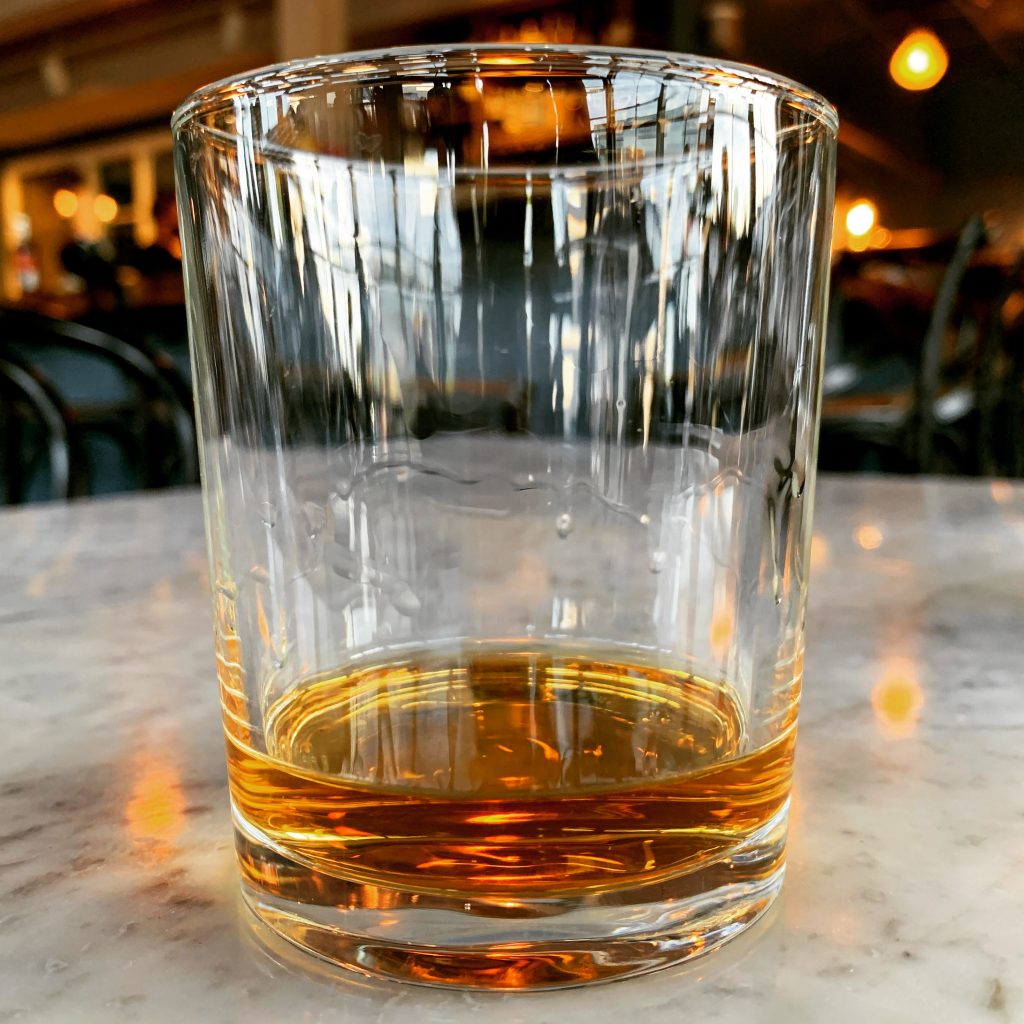 Our break-even bottles are exquisite and rare, outside of what you’ll typically see on menus. One of those drinks that you savor and immediately want to share with your best friend. We feel the same way and want to share these with you, so we’re selling these bottles in 1 oz. pours for cost. (Which is, legally speaking, the lowest we can go.) Tuesdays only, we open the bottle at 4p and sell 1 oz pours until it’s gone. 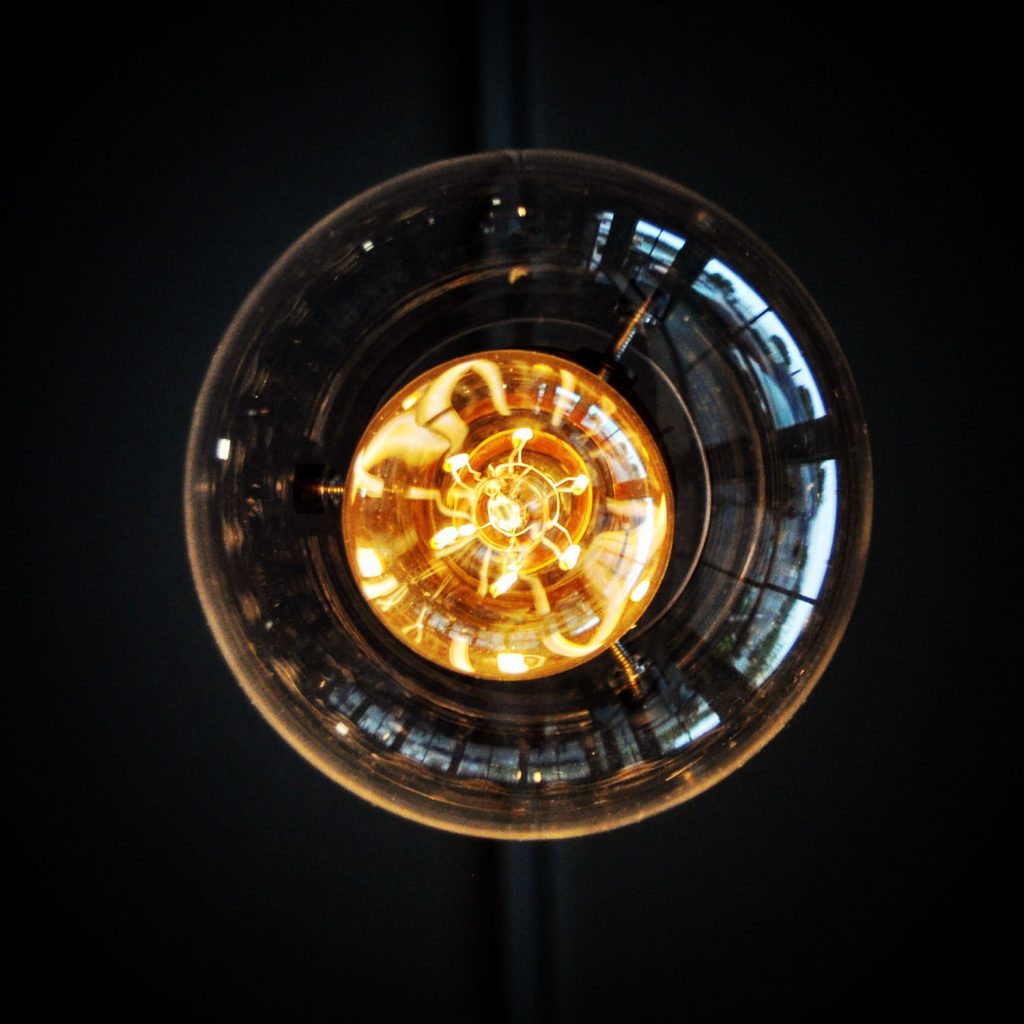 Thursdays mean all night happy hour at The Cottage on Thursdays starting at 4p. The fire is tempting in the fall, or choose a table by the fire features outside under the tent and chat, nibble, and sip your way through the end of your day.

Wine Wednesday No. 14. Each week we’ll be featuring a local winery for tastings…$5 buys you 3 tastings! Retail bottles will be available; the tasting fee will be applied toward your purchase, or enjoy a bottle with dinner for a $15 corkage fee.

We have two goals at Pondera Winery.

The first is to make the very best wines we possibly can – concentrated wines that are well balanced and distinct.
We start by sourcing our fruit from great vineyards.

What makes a great vineyard you ask? Among other things, a good site and a winegrower that is committed to producing a superior product. They understand that the long arduous process of growing the fruit is an integral part of the whole process.
​
I am excited about being part of Washington wine.

The potential for our state is limitless. There has been an explosion of wineries and vineyards in Washington and incredible wines are being produced, but we are still in our infancy. The quality is getting better all the time and the best is yet to come.

I am proud that Pondera Winery will be involved in getting Washington the worldwide respect it deserves.

Though I look forward to making all types of wine, Bordeaux blends will be the primary focus of our winery. As a winemaker, I intend to expand our offerings to include many other wines, but my primary focus will always be on making blends with the Bordeaux varietals and to surround myself with good people, good food and great wine.

This is what life is about. 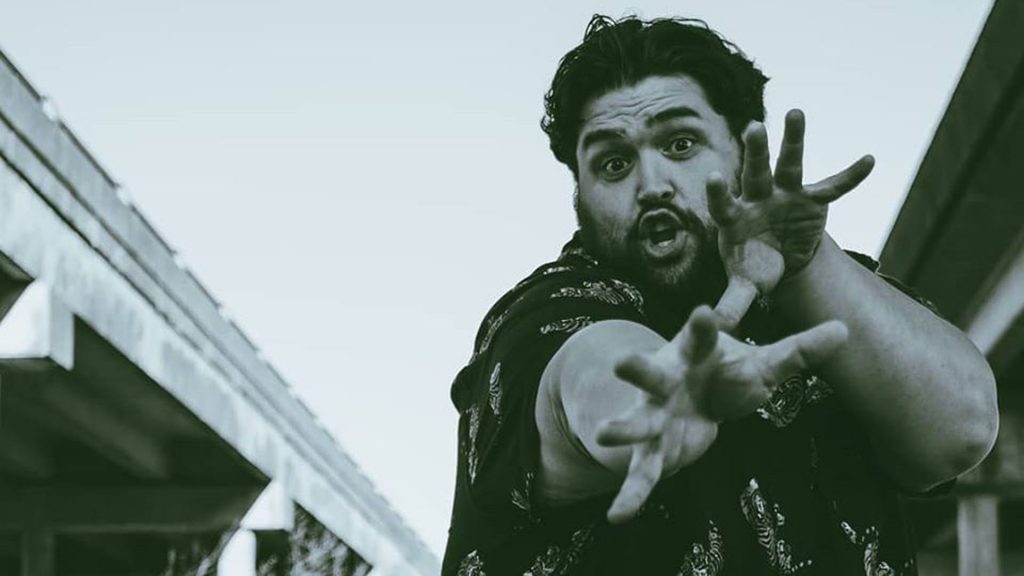 Born and raised on a farm in the small logging community of Montesano, WA, Brian is at home on the stage where his larger than life personality comes out with witty commentary and raw energy.

From a young age Brian knew that he wanted to pursue music, and in 2005 he moved to Nashville Tennessee where he wrote songs for the Surefire Music Company. Brian penned songs for TV, film, and commercial projects and artists such as Taylor Hicks and Highroad Three. Brian’s Music Received a CCMA nomination for Single of the Year in 2013. In the following year his song “Angel at the Crossroads” was nominated for Gospel Single of the Year. 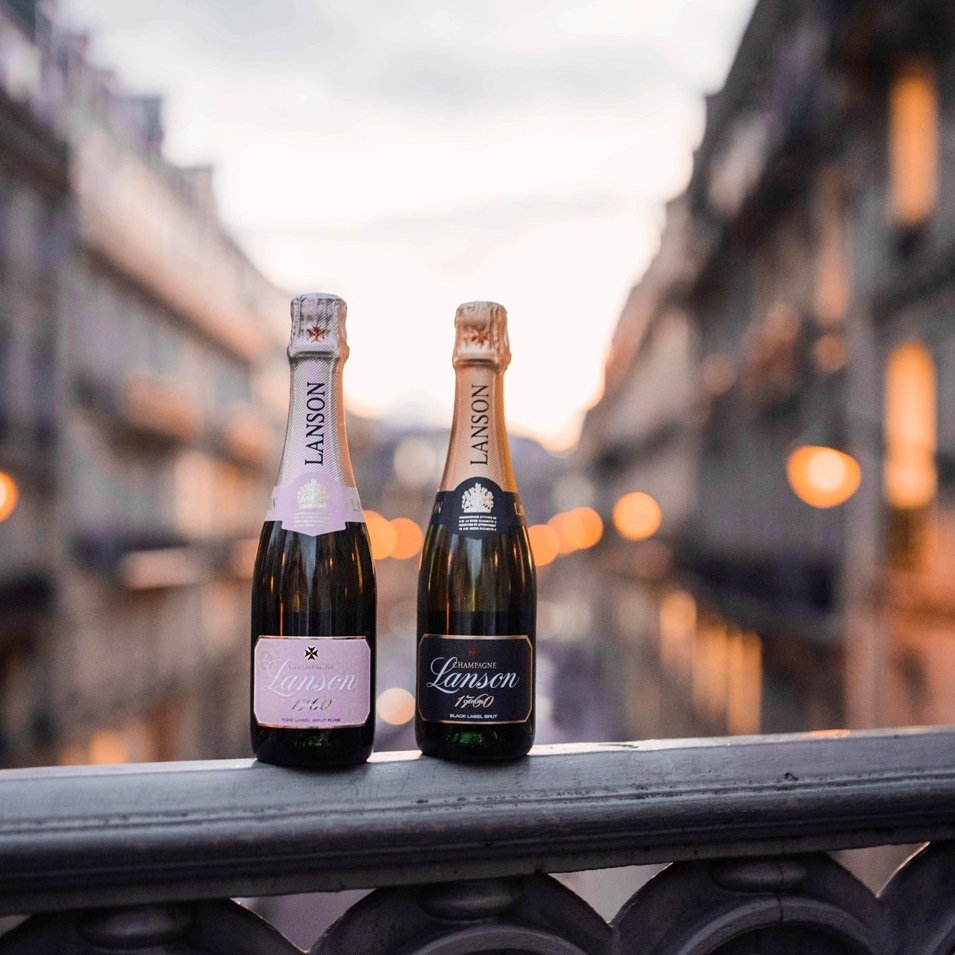 Wine Wednesday No. 15. Each week we’ll be featuring a local winery for tastings…$5 buys you 3 tastings! Retail bottles will be available; the tasting fee will be applied toward your purchase, or enjoy a bottle with dinner for a $15 corkage fee.

Ahead of the holiday season, we travel once again…this time to Europe to taste bubbly!

Chardonnay, Chenin Blanc and Pinot Noir make up this crowd pleasing Sparkling Rosé Produced in the southwestern city of Limoux near Carcassonne, in the oldest sparkling appellation of France. Winemaker, Michel Dervin blends the grapes authorized in the appellation to create a sparkler that could easily sell for twice the price. Everyone loves this bubbly & marvels at how incredibly well made it is. He believes in the celebration of life and creating sparkling wines that can accompany the big, small & everyday occasions is his raison d’etre!

Brut Nature Cava! Made from Macabeu, Xarel-lo and Parellada. 0 residual sugar, made in the traditional method. Mestres’ first documents as wine negociant are dated from 1312. In 1607, we find the first documents as vine growers and owners showing the vineyard: “Heretat Mas Coquet”. In the 1600s, they built the actual winery in San Sadurni d’Anoia, Penedes, Spain which was finished in 1861. They produced their first sparkling wine in 1925, and opened their first bottle to celebrate Christmas in 1928. Mestres was the first producer to register the word CAVA in 1959 aiming to inform the consumer that this was a sparkling wine aged in a cellar, using the words “vins de cava” (wines made in cave). They always used traditional grapes of their terroir: Xarello, Parellada and Macabeu, all of them hand harvested on their own 74 acres of vineyards, situated 680 feet above sea level, some of the oldest vineyards in the area. No insecticides or herbicides are used at the vineyard and pruning is carried out to reduce their vigor, therefore producing grapes of greater ripeness and intensity. Today, they still use traditional methods taught by their ancestors including long aging in caves, the youngest of their wines aged 20 months thus all are considered Reservas or Gran Reservas. The wines undergo a natural stabilization process during their long aging, so that the crystals that form can then be “degorge” along with the yeasts. That is why 100% of their production is aged using cork and for all bottles, riddling and degorge is done by hand, one-by-one, to ensure the highest quality.

Founded in 1760, in Reims (the center of Champagne), Lanson is one of the oldest Champagne Houses. As a proud Royal Warrant Holder since 1900, Lanson remains an official supplier to the British Royal Family; and since 1977, Lanson has been a sponsor of Wimbledon and became the official Champagne at the iconic tournament in 2001. The Black Label Brut owes its iconic name to Victor Lanson who gave it in 1937, both as a proof of openness to the world and as a tribute to the Royal Court of England which Lanson has been officially supplying since 1900.

Without question the most unique night on the calendar; make it a point to be here. If you’ve seen Lyle, you know what you’re in for. If you’ve yet to hear Lyle Ronglien, do yourself a favor. Nothing quite as interesting as hearing Lyle launch into something that you know you’ve heard, but can’t quite place…and when you eventually do, you’re amazed how good it sounds on a banjo!

Lyle is a session musician, songwriter, performer, and instructor. Originally from Woodinville, he currently resides in Mill Creek and has performed all over the Northwest and toured from San Diego to New York. Lyle’s acoustic guitar and banjo style mixes rock, country, bluegrass, smooth jazz, and more, anything from Johnny Cash to Michael Jackson. 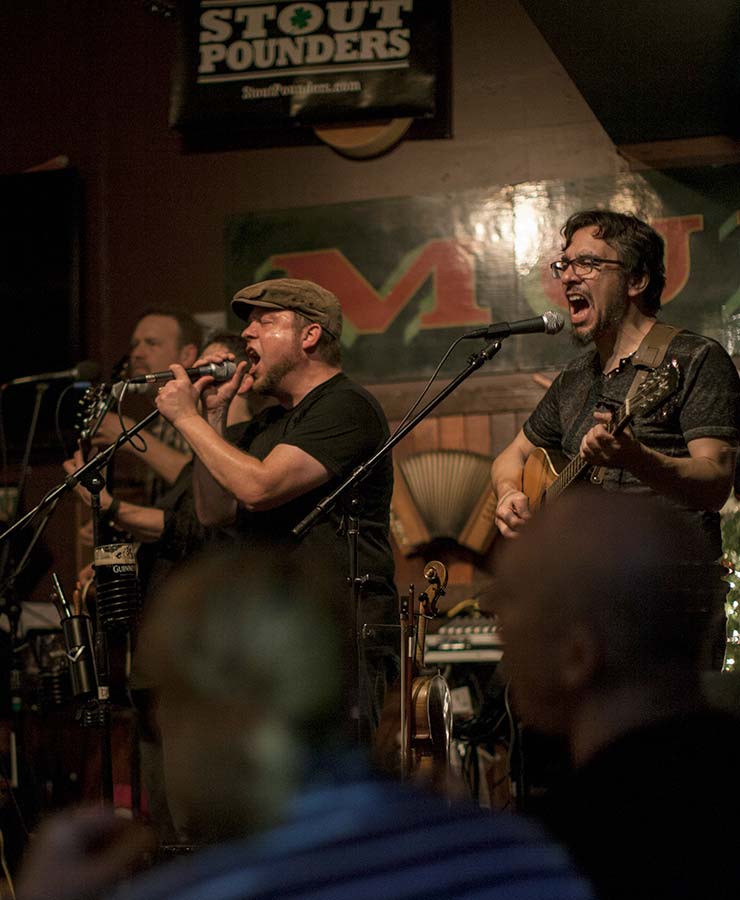 Stout Pounders is a Seattle based Celtic Folk band. Since 2007 the band has brought new energy and comedic twists to time tested Scottish and Irish Folk music. Stout Pounders are great for pub atmospheres or large festivals. The band plays regularly around Seattle and has been the house band of the Seattle St. Patrick’s Day Dash since 2009. 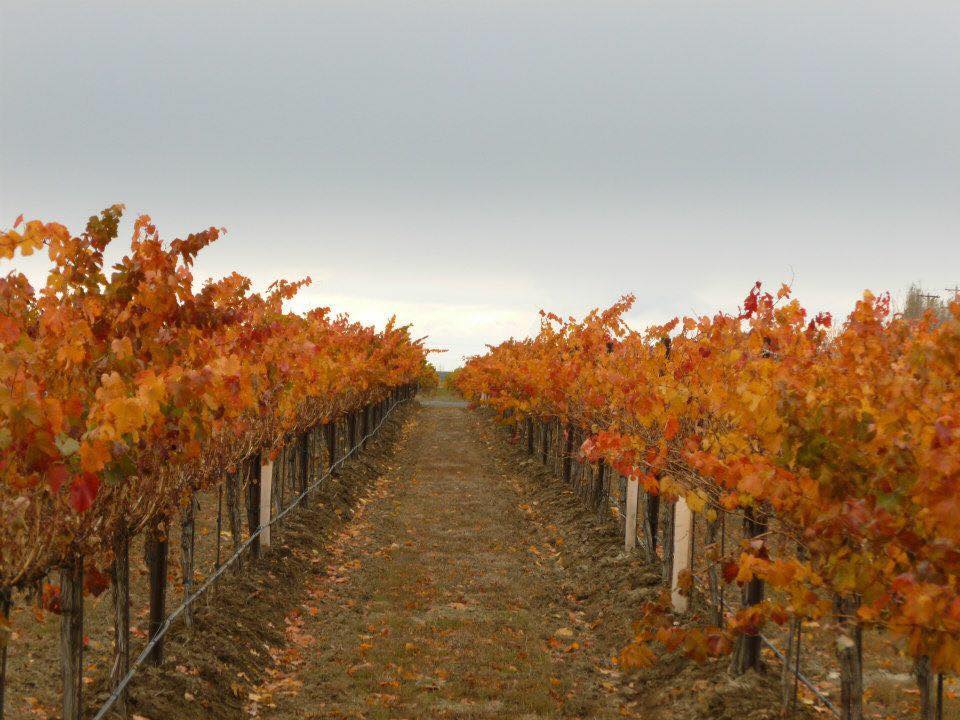 Wine Wednesday No. 16. Each week we’ll be featuring a local winery for tastings…$5 buys you 3 tastings! Retail bottles will be available; the tasting fee will be applied toward your purchase, or enjoy a bottle with dinner for a $15 corkage fee.

Goose Ridge Estate Vineyard & Winery is an honest reflection of a shared family vision, stewardship of the land, and commitment to artisan winemaking.

In the early 1900s, M.L. Monson brought his family to the Yakima Valley, armed with a love for the land and the dream of building a family farming business that would continue for generations.

Initially, the Monsons focused on orchards and cattle. But after talking with Dr. Walter Clore, widely recognized as the visionary behind Washington’s wine industry, Arvid Monson built on the legacy of the land started by his father and began to establish vineyards in the arid hills and valleys around Richland. With that, Goose Ridge Estate Vineyard & Winery was born.

Today, Goose Ridge stands as one of Washington’s most renowned and progressive properties among the state’s nearly 1,000 wineries.